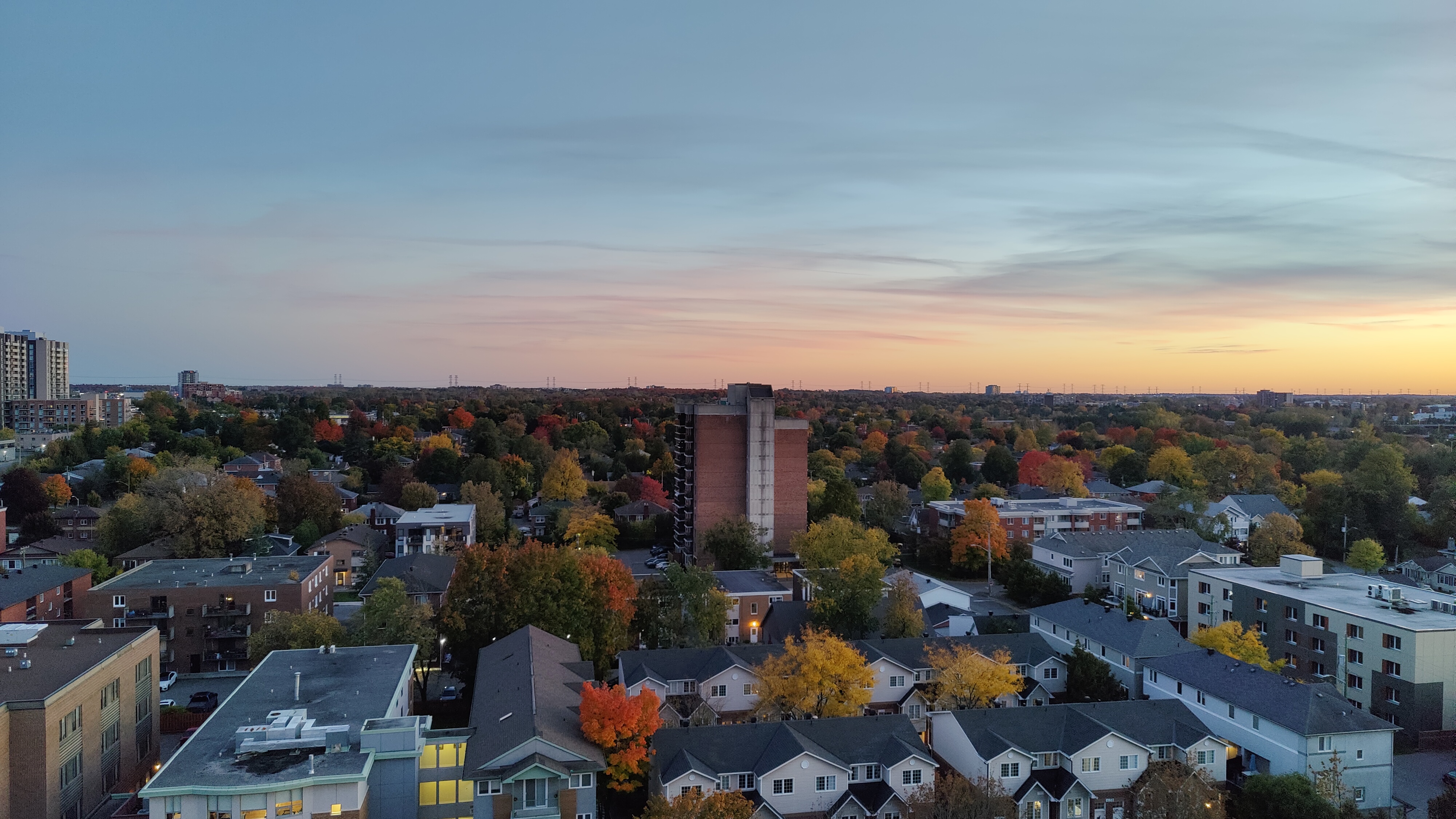 It’s hard to believe 2022 is over already. It feels like the year flew by, moreso than prior years. Honestly, I could barely tell you what happened this year off the top of my head. Fortunately I took it upon myself to write some journals, so not all is lost. This blogpost (which I am committed to publishing) will serve as a reflection on the year as well as a set of goals for myself for 2023.

It’s pretty telling that this initial post is an end-of-year retrospective. I’ve posted before on my twitter about the goings-on in my life but social media is generally unsuited to the things I want to write about at length. Despite this, crippling indecisiveness and executive dysfunction mean that I’ve had this blog for years but never used it. No longer!

A good chunk of my year was - somewhat embarrassingly - spent playing Final Fantasy 14. It’s a genuinely great game and I have a blog post drafted about it, but I probably no-lifed it a little more than was healthy. The span of autumn of 2021 to summer of 2022 was Final Fantasy all the way. In that time, I joined a Free Company and made some new friends who all did raids together. That was a good time, and I’m looking forward to getting back together to try the new content when it comes out in January.

This year I dove back into programming and I’ve had some sort of coding project under my belt for the better part of the year. That feels good! I wrote Rocket, a notifier bot for my personal Discord server, and I’m currently in the process of rewriting it to be more flexible. I made some updates to Boxbot, my image embedder bot, and I also started learning web development with the help of some folks from the Leaderboards.gg1 discord server. You can see my little project site at ffxiv.tempystral.live - it’s unfortunately not finished but the goal was to offer a simple way to track high-end duties in FFXIV. Click around and see the fancy auto-generated pages and janky animations! I’m pretty happy with it, though there’s a lot to be done.

Not every new project has ended up successful. 2022 also saw the start of the Coalition of Small Marathons which hasn’t ended up doing as much good as we’d hoped. The idea was to form a group of independent speedrun marathon organizers to meet every month and discuss best practices, share tips, and to offer community support. There were a few meetings but activity has mostly dried up. I think the idea is good, but it needs a shot in the arm.

I also did some work on my house this year. My parents visited early on and brought up some tools to help around the house. We replaced some lights and fixed some cabinets. Overall I feel a lot better about my ability to work on my apartment, which is good seeing as I own the place!

Speaking of speedrunning events, I finally got to attend an event this year! Summer Games Done Quick 2022 was a really good time, and marked my first personal trip out of Canada by myself. There were a few rough moments on the trip but overall I was very happy with it. The event was a blast and I met a bunch of friends in person who I had only known online before. I got to hang out with FlannelKat, Brossentia, PMCTrilogy, Jaxler, Sharif, and Dowolf and many more, all of whom were just as cool in person as I’d hoped. I also made some new streamer friends in the form of PippiInATopHat and TaintedTali.

It was actually pretty amusing just how many folks said “Oh, Tempystral from Licenseathon!” when I introduced myself. Also, it was very funny watching PMCTrilogy’s eyes light up when I said “stroad” in passing. Feels good to know at least one other person who is invested in urbanism.

Licenseathon also went well, despite some technical issues early on in the marathon. Huge thanks to NicNacNic for lending a hand at 2AM debugging our web services. We’ve migrated to a RTMP streaming setup, away from Twitch restreaming and I couldn’t be happier. With the right strategies to mitigate latency, you can really nail down transitions every time. It was a lot of work however, and I’m contemplating whether I want to do it again this year. Might be the end for me, we’ll see. If nothing else I may publish a resource this year about good marathon stream practices.

A number of things made me anxious this year, and I think almost as much as 2020, this year was marked by some real dread. February was the month of the trucker protest, and the war in Ukraine came not long after. I had a pretty nasty interaction with an Uber driver when I was in the US as well which really wrecked my mood during my trip. Things have stabilized now but it was rough going for a bit.

I won’t dwell on this, but: As someone who lives in Ottawa, I’m both very grateful to not have been at ground zero and I’ve lost basically all patience for bullshit. My ability to sympathize with “the other half” as it were has been pretty damaged and I’m not really convinced that’s a bad thing. It’s worth noting that the supposed truckers involved are in fact a very loud, very disruptive minority among their peers. Still, having domestic terrorists in your city sure gets the nerves on edge. If nothing else it’s given me a lot to think about re: the value of protest and how we decide who gets to protest and how. Thankfully, we also elected a new mayor and city council this year who are Not Fucking Around so I think we’re in good hands.

The war in Ukraine… I can’t say much about, since I’m not there. I was dead terrified of actual nuclear war for a few weeks but fortunately that seems off the table for the time being. I don’t want to get into the conversation I had with that Uber driver, it was bad.

On a more savoury topic, I had some fun and new experiences this year, and I’m happy to have had them. SGDQ itself was a whole new can of worms for me. International travel is tiring, but it sure is fun! On my way home from the event I had a 5-hour layover at O’Hare, during which I explored downtown Chicago. Beautiful city, I’d love to go back. I maintain that Chicago-Style pizza is not a pizza but in fact a casserole, but that’s really a matter of semantics.

End of the year Link to heading

The latter half of the year was kind of a toss-up. After Licenseathon, I fell into a bit of a rut and I feel like I’m only starting to pull myself out now. It happens every year, which I suppose is pretty telling. That is hopefully going to change though.

In October my brothers took us all go-karting. There was some serious competition, and they’re really good. I could barely keep up with them! I also attended a friend’s wedding! It was a good time, very nice to see people in one place again after so long not attending events. Here’s me looking very unimpressed at myself for showing up a whole day early in my new suit:

There was also that absolutely wicked storm that took place this summer. I captured a video that probably does not do the event justice, but it was nasty.

Next year Link to heading

I’m running out of time to publish this article before the new year and I’m committed to actually publishing it, so here goes:

Next year I want to get back on my ADHD meds, learn a new skill, and meet more people. That’s it, and what form that takes will probably change shape as the year progresses. I’ve got a cooking class coming up in January or February, which I think will be fun. I cooked a lot for myself early this year but fell off towards autumn. It’s seafood, which should be fun!

I’d mostly like to finish more projects and if this is any indication that’ll go well. I’ve gotten a lot better about setting and acting on goals, and this blog will be something of a focus, if I can at all help it.

I also ordered myself a theme journal last year, but it arrived late and I never felt inspired to write in it. This year I’ll put more effort into doing that. The idea is to set a theme for yourself rather than resolutions, which allows you more flexibility in personal growth as time passes.

Well, that was refreshing. Here’s to a year better spent than I initially recalled, and to a fresh beginning! Keep an eye on this blog for more posts, if anyone still even reads blogs these days!